THE MORE YOU KNOW: Almost 50% cancer patients can’t or won’t quit #smoking with NRT, while most who do quit end up relapsing. If #vaping & #smokefree reduced harm products are regulated/taxed out of existence, the only other option to quitting is dying.

Even cancer can’t get some to quit smoking 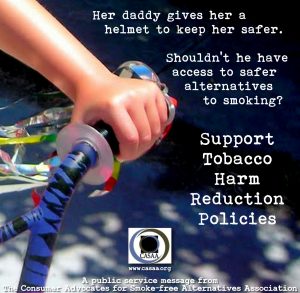 MICHIGAN: (HEADS UP!) Lawmakers want to increase cost of #vaping products by 81%. This would make a $25 item $45.25, removing the cost-savings incentive for high risk ADULT #smokers to make the switch & many will choose to keep smoking cheaper cigarettes!

IN THE NEWS: (AUSTRALIA) More evidence of the effectiveness of NRT. /sarcasm Smoking ban worked so well they have to ban the smoking treatment. Anti-tobacco zealots need to face the truth that bans don’t work. Where there’s a will, they’ll find a way.

IN THE NEWS: Schools giving long suspensions, “blacklisting” young students from enrollment based on #vaping product possession. Yet another tragic consequence of exaggerating the risks and punishing minors with the expectation they reason like adults.

Student banned from school for vaping. Then he was blacklisted by other Arizona schools

Legislature moves to raise age to 21 for tobacco purchases

HAWAII: (HEADS UP!) With “sure thing” Tobacco 21 law FAILING to make any significant impact, lawmakers move to “sure thing” ban of flavored #vaping, #smokefree products, despite the fact that research shows they’re important for ADULT ex-smoking #vapers.